We don’t know about you but we don’t get to go out to the movies much because A. we have kids and going to see adult movies on a regular basis was something we did so long ago it almost seems like it was just a dream and B. with Netflix, Hulu and just the internet in general, it takes a lot of hooplah to get us out of the comfort of my own home.  Why would we go to the movies when we can pop up some popcorn and basically have the movie experience in our living room, except that we’re in comfy pajamas and we didn’t just spend 7.00 for said popcorn.

We briefly mentioned this movie in one of our last posts but we felt like we needed to expand on it.  Hercules was one of those movies that tempted us to crawl out from the dent of our couches, put on some clothes that didn’t have Nutella smears on them and actually go to the theater to see it.

If we had mustered up the energy to see it, we know we would have loved it.  Because ..well, Kellan Lutz pretty much demands you to like it: 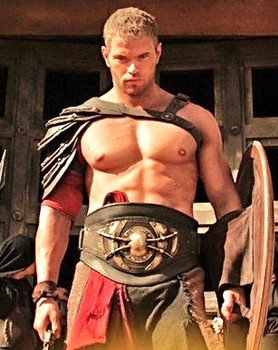 That look says, there’s going to be action, suspense, excitement and it’s all going to be done with no shirts involved whatsoever. HOORAY!

Gotta Wear a Bib to the Movie Because of Uncontrollable Drooling Worthy? HELLS YES GURRRL! 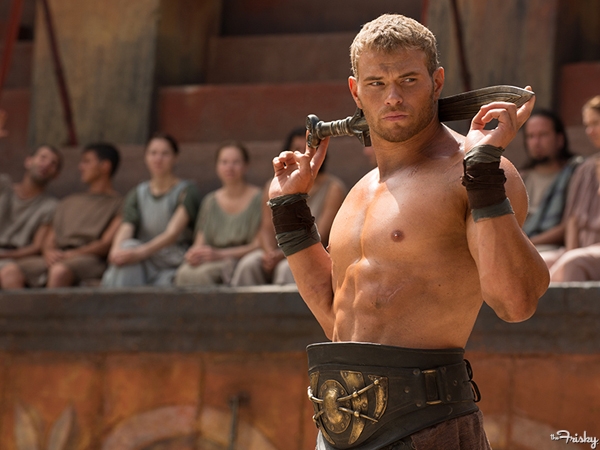 There also seems to be certain situations in the movie that involve a little dirt and chains.  A vulnerable, helpless Hercules who WRITHES to be free of his shackles. Oh yeah, the drama looks intense, heavy…and hot. 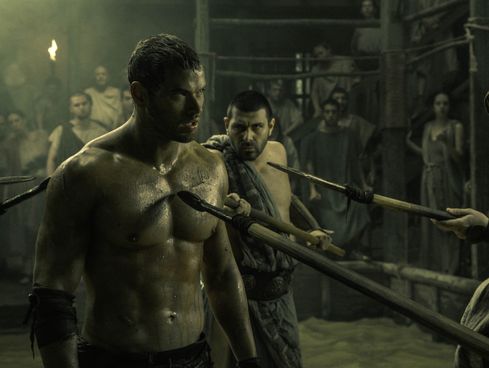 And you can almost guarantee there’s a lot of fight scenes in Hercules.   In fact, this particular scene looks like he’s about to attack another studly gladiator no doubt.  They’ll get into a tussle trying out-muscle-each other, there will be heavy breathing and flexing all with no shirts on… holy homoerotic scenes Batman! This is for sure a rewind a lot and play in slow mo type of movie. 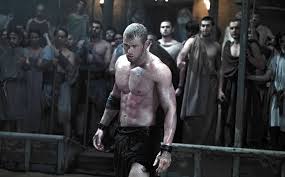 And of course, all this wonderful half naked violence is wrapped up in a love story because with that body, there has to be a few sex scenes right? This scene seems to take place in the the world’s biggest shower where his lady ‘accidentally’ walks in without knocking (rude, but understandable) And yeah, he’s annoyed but he’s also Hercules and when you’re Hercules, it’s a done deal with every chick you meet. All the girls want the D from a semi-God and so it’s a duty he happily fulfills.

To sum up, Hercules is probably one of the greatest movies ever made and we can’t wait to see it.

Here’s the trailer that we’re going to be putting on loop until it comes out on DVD.