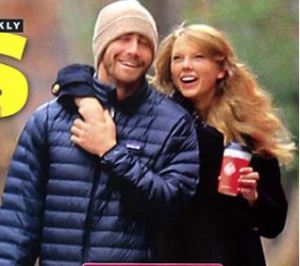 God bless Taylor Swift.  We know people make fun of her for writing songs that’s directly inspired from her ex-boyfriends but we absolutely love it because you know what? We were teenage girls just like Taylor Swift minus the talent and the blond hair and the fame and …whatever.  Except the bitter secretions of our broken hearts were spilled all over a 3 dollar diary we got from the Hello Kitty store, that came with, what could only be described as a paper clip on steroids, for a lock.  We didn’t have the luxury of turning our rejection into a hit song probably because, if given a chance, our songs would’ve went like this …

“Remember when, remember when, I sang a Debbie Gibson song to you for the talent show and you still said, no.

I asked you why, in which you replied, you didn’t want to go out with a girl that looks so much……

Despite our ‘mannish’ appeareance at 14 years old and wearing Michael Jackson L.A. Gear shoes in public with unabashed pride, we still think we were quite the catch.

So much so that she has checked into a inpatient treatment center for the ‘anxiety’ that she gets arguing with her haters on twitter.  This is apparently what you do when you have money running out of your bony ass (because lord knows there is no food coming out of it), you check yourself into a treatment center and get spa treatments for a week, which in celebrity speak is the same as going to ‘rehab.’  We thought an easier way would just be to delete her twitter account and grab a double bacon cheeseburger at Wendy’s but we aren’t fluent in the language of idiocy that is Hollywood.  And apparently, she’s also trying to reclaim her ‘privacy’ …… by talking to People Magazine all about it. (?) It doesn’t make sense to us because we are all peasants. Let’s just stop trying already and move on.

The timeline of our ever growing girly crush on Alicia Silverstone is as follows:

She starred in “The Crush” – The crush begins.

A couple of Aerosmith videos with lesbiany undertones – The crush grows.

Met her on the street where she was as sweet as can be, even sent us a autographed picture – The crush blows to disturbing proportions where we actually question our sexuality.

Clueless comes out – Run to the mall to get a reasonable facsimile of the skirts she wore in the movie because she looked so cute and we wanted our feelings to be less of a ‘crush’ and more of an ‘admiration’ ..and wearing skirts meant we were full on girls who liketed boys only. Right? Sure.

She disappears off the face of the planet – maybe we didn’t have a crush on her after all.

She shows up on Facebook talking all veganese on us – yeah, we didn’t have a crush on her. Phew.

She chews her food and feeds it to her son like a bird – The crush begins again.

And now she’s in lingerie? My, my. It seems someone is wooing us back.

SHIA LEBOUF BREAKS UP WITH GIRLFRIEND AND… UGH.. TALKS  ABOUT IT. [insert the biggest eye-roll you can conjure up HERE]

Shia LeDoof on why he broke up with a actress Carey Mulligan (who should be anointed into sainthood for dating him and his big bag of bullshit farts):

“Carey is not just an actress, she is a great human being, a sweet girl and super intelligent. Our thing came down to not having compatible work/lifestyles. We were always travelling, and had sensibility differences that weren’t conducive to living with one another. I’m harder on myself and my surroundings than she is, and we had a culture shock in terms of meeting her parents and vice versa. Sensibilities, cultures, histories. There were differences, that’s all.

She’s happy as hell right now, and we wouldn’t have been able to make it like that. She was chasing marriage, family, kids more than I was. I’m not opposed to marriage. I just think I’m quite young. I come from divorce. I’m only doing marriage once. It’s not a game for me. I’m not a religious person, but I have ethics.”

What guy with a dick bigger than a Sharpie talks like this?  Seriously.  We could barely read the quote because halfway through reading it, our eyes kept wanting to roll back into our sockets while we do the jack off gesture.  Unlike Taylor Swift, this guy turned his break-up into a monologue that he’s going to use at an audition for a community theater play in Yakima, WA like two years from now, when his acting career hopefully sputters to a stop.  Ugh. this guy. Someone give him a Hello Kitty journal to write down his feelings so he won’t talk anymore.

KATE HUDSON WORKED OUT 6 HOURS A DAY TO GET HER BODY BACK AFTER BABY. SORRY NEWBORN BABY, BUT YOU KNOW, PRIORITIES

Attention all new moms: you can all collectively stop your whining about how you don’t have time to work out because you’re too busy ‘breastfeeding’  or ‘changing diapers’ or ‘raising a child’ because Kate Hudson has basically called all of you on your lazy bullshit.  After she had her son, she devoted herself to a 6 hour workout regime consisting of Pilates, yoga and concentrating solely on herself, that got her back her rockin’ post baby body in no time at all! What’s the secret? Well ladies, when you’re up there on those stirrups pushing that little human being out, aim it directly at a nanny with a good catcher’s mitt and let her do all those petty little things that moms are supposed to do like ‘loving’ and ‘bonding’ with the baby.  That kind of emotional baggage isn’t going to get you into a size 0 anytime soon!

TOM CRUISE HELD AUDITIONS FOR THE ROLE OF “WIFEY”

There was a rumor going around in 2005 that Katie Holmes was not only Tom Cruise’s new girlfriend but she was also the winner of the real life role of  Mrs. Tom Cruise.  Apparently Tom and his Scientologist buddies ‘auditioned’ several actresses before deciding on Katie.  Vanity Fair is reporting more details to this alleged audition which included Scarlett Johansenn and Lindsey Lohan (who took to her Twitter to deny having anything to do with the VF article…but she didn’t exactly deny that it happened but you know, drug binges and clam diving make you forget shit, so whatever) And you know what? We have nothing to say about this at all! Don’t we all hold our own little ‘audition’ for a new wifey or husband whenever we go on a date or answer a casual encounters ad on Craigslist? What do we know about a closeted celebrity gay man’s dating style or why we are very disturbed by our unhealthy love for a person who’s probably 4’2 and has a maniacal grin that could inspire at least three Stephen King horror novels…to sum up, WHY TOM WHY? WHY DIDN’T WE GET AN INVITE TO BE YOUR WIFE?!?!?!?!

We would’ve strapped it on for you with absolutely no complaints.

While there are a cornucopia of reasons as to why Beyonce would be hatin’ on Kim,the official reason would be because the ho was doing what the ho does best and that was to ho herself at an event for Jay-Z.  Kim was reportedly getting in front of the cameras that was supposed to be filming Jay-Z, so Beyonce had to tell her to land her blimp ass down and take a seat. This comes as no surprise to you guys I’m sure, but I bet you guys would be surprised to know that a cornucopia and Kim’s asshole bare a striking resemblance to each other! Except Kim’s is usually filled with something other than fruit.