There’s a new robot that’s been developed that can replicate six expressions, anger, disgust, fear, happiness, sadness and surprise. Which is like 5 more expressions than Kirsten Stewart and most of Orange County’s botox bunch can muster. Big ups to technology!

Listen, I get the appeal of a funny guy. There’s nothing like a laugh and a brilliant mind to make a guy go from being an ordinary dude to a panty-droppin’ stud you can’t wait to use as a chair (to SIT ON?!? get it?!? Okay.Just making sure that joke didn’t go to waste because you know, the economy.) But I don’t – will not – cannot ever understand the appeal of Russell Brand, who is only sort of funny, getting all the ladies wanting to spit on his dirty whistle? But hey, if his moldy leather pants and Soul-Glo jerry curl are bringing them in like flies to road kill, by all means keep not showering Russell. You have our full support ….at a distance. 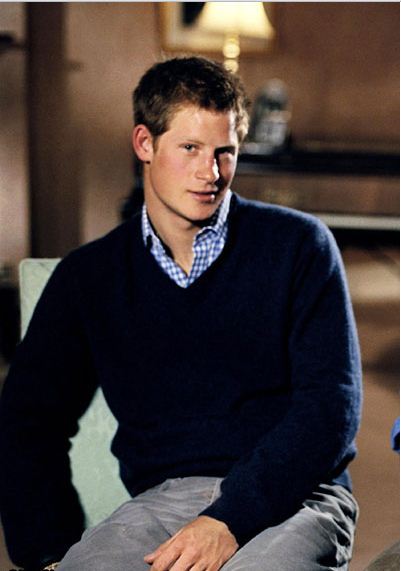 This isn’t really news worthy but if you want to get technical, none of these stories are really ‘newsworthy’ so much as they’re mindless junk that only clutter up our mental state to what we should really be focused on (our freedoms being taken away slowly by big government and big business, keeping the future dumb by taking money from our schools and waging war for profit, whatever.) but if there’s an excuse to post a picture of the hottest red-head ever to house a million freckles then sorry, we’re taking that excuse and running it to our nearest ‘neck massager.’ Enjoy Prince Harry.

So according to Mick Jagger’s tell-all, back in the day he saw a young, then unknown Angelina Jolie on a movie set (she was an extra) and practically came in his Depends. Alas, Angelina didn’t reciprocate Mick Jagger’s feelings because she was married at the time and well, Mick Jagger’s face probably ruined his chances too. Mick Jagger was so disappointed that she never called that he ‘sobbed’ because blue balls hurt ya’ll! I truly believe that nature and divine intervention also had a hand in their no-encounter in order to prevent the possibility of horrifying large lipped, giant mouthed babies from coming into this world and eating us all alive.

In sad news, according to police searching Sage’s home, several baggies of white powder and more than 60 large bottles that were once filled up with Hydrocodone. They believe he was likely to be selling these pills due how many each bottle holds (500 pills each!) What an unfortunate waste of life. If you didn’t already know, drugs are bad, bad, bad. 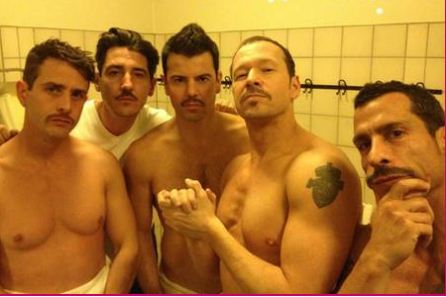 My 16 year old self just woke up and got confused. You might as well know I was the biggest Blockhead in my teen years (and the fact that I know the term ‘Blockhead’ should tell you that I still..sorta…maybe …recently went to their concert and screamed my middle-aged, 18 hour bra off). I don’t get these mustaches and the purpose of them but I’m disturbed at myself for liking it. (I HEART YOU DONNIE!!!)